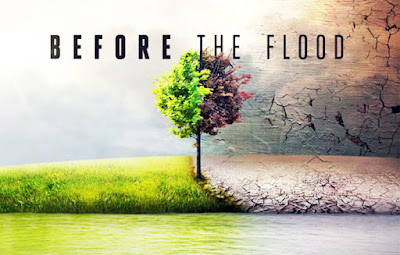 We are all at different stages of our climate change journey. Some of us have been learning and acting on this issue for many years. Some are just waking up to the seriousness of the situation. Others are still on the fence about whether we have anything to worry about at all, or in absolute despair over the massive scale of the problem. That’s OK - wherever you are, you can still find things that make you think. There are still ways you can help. There are still people you can learn from. Be open to new ideas and where they may take you.

There isn’t a magic fix for this issue, and so, there are many conversations, opinions and perspectives that come into play. If something you watch or read doesn’t resonate with you, don’t give up entirely. Try something else. There are many layers to unravel, and you will find something that speaks to you directly.

This week, find a rainy afternoon to watch a documentary or two. We’ve included a list below, but there are tons out there. There are so many people talking about this issue. Look at it from a few angles.

A picture is worth more than a thousand words. For instance, watching bird’s eye footage of the oil sands or fracking brings the reality of what is going on into sharp focus. One image of a sea turtle with a straw stuck up its nose tipped the scale toward a massive movement against single-use plastics. e.e. Cummings wrote, “the eyes of my eyes are opened.” Once that happens, you can’t pretend you don’t see.

Pace yourself, in general, it is not easy to learn what we need to change or how we are impacting the environment. Often it feels like no matter what we do, we are causing damage somewhere. Some of the information will be disheartening. Some will be downright depressing and you may be inclined to throw up your hands in defeat. Some will make you angry. Some you may completely disagree with. Some will lift you up. And hopefully, somewhere in all those emotions, you have more awareness, and take inspired action.

Resilience Documentary:  An overview of climate change, and its impact on our planet, and what we can do, through the lens of our local community (Local) free online.

River Blue: An exploration of the importance and fragility of fresh water, and the danger world rivers face from industries and pollution (from $5.99)

Before the Flood: A riveting account of the dramatic changes occurring around the world due to climate change, as well as the actions we as individuals and as a society can take to prevent catastrophic disruption of life on our planet. The film follows DiCaprio as he travels to five continents and the Arctic speaking to scientists, world leaders, activists and local residents to gain a deeper understanding of this complex issue and investigate concrete solutions to the most pressing environmental challenge of our time. (Also Available from Collingwood Library, Amazon rental, Google Play, iTunes $4.99). There is a follow up to this documentary: Before the Flood discussion guide.

The True Cost: Exposing the impact of clothing manufacturing on workers and the environment. Buy ($8.99) or rent ($5.99) on YouTube Movies.

An Inconvenient Truth: Debuted in 2006, it is one of the first to raise the alarm about climate change. An Inconvenient Truth makes the compelling case that global warming is real, man-made, and its effects will be cataclysmic if we don't act now. Still well worth the watch.

Cowspiracy: The Sustainability Secret: This shocking yet humorous documentary reveals the devastating environmental impact large-scale factory farming has on our planet, and offers a path to global sustainability for a growing population. Warning: some brief, but graphic images that are unsuitable for children or highly sensitive individuals (on Netflix).
Our Planet: Experience the breathtaking beauty of our planet and examine how climate change impacts all living creatures in this ambitious documentary of spectacular scope. Narrated by David Attenborough (on Netflix).

Meat the Future: An exclusive story about an enormous new idea that offers hope to the world. It is about the pioneers behind the birth of the “cell-based meat” industry: a food science that grows real meat from animal cells without the need to breed, raise and slaughter animals. (Free on CBC GEM).

2040: (Google Play, YouTube, Apple, Microsoft, $3.99) to be released in 2020 in Canada.
An inspirational vision of what 2040 could look like, if we embrace the sustainable technologies and solution-focused mindset available to us right now. Uplifting, invigorating and hopeful.

Chasing Tomorrow: a singularly optimistic view on how to tackle the challenges of today. Seeking out creative alternatives to our current norms of education, agriculture, energy and economics, it looks to inspire people to make local changes and use the power of numbers to impact on a global scale.

Let us know which ones resonated with you most. And if you have other suggestions, let us know. We’ll add them to our Resources page on our blog site.

Week 32: Flexitarians Unite! I know you eagerly invested some time last week into researching vegetarian meals you might want to spring on...